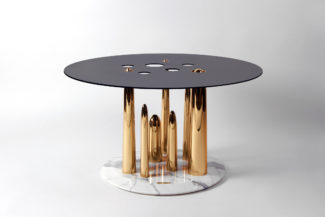 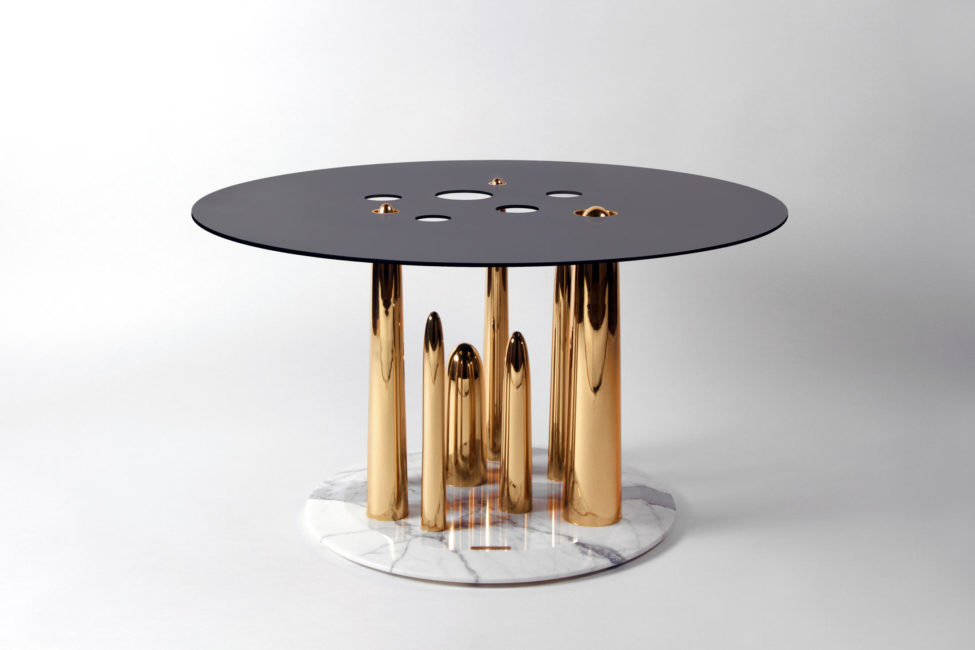 Despite its stubborn dependence on clichés and its image as a cursed country (a civil war between 1975 and 1990, a long-lasting economic and political crisis, the explosion in the port on 4 August 2020), Beirut—and Lebanon through it—has always shown in the course of its history a vital impetus demonstrating its relentless will to live, since the future is already now.

Thus, since the beginning of the 2000s, the city at the crossroads of East and West has been abuzz with activity in all artistic fields. Design is one of the most important indicators of this phenomenon.

This thriving design scene in Lebanon is nevertheless an exception in the region and must be understood through the cultural relations that have been maintained for a long time with Europe, and France in particular, but also with the Emirates and their ancestral know-how, which all contribute to the originality of the country’s design works. Aware of this unique position between Western heritage and Eastern identity and with one foot in the Mediterranean and the other in Asia, Beirut is developing its design scene and turning its multiculturalism into a creative force.

Until the creation of this exhibition and publication project by mudac, no study had been carried out on the history of design in Lebanon, from the country’s independence in 1943 to the present day. This colossal project, which has taken six years to complete, aims to fill this gap by presenting an overview of the question based on a wealth of documentation, while also taking into account certain gaps due to the disappearance of entire sections of the archives during and after the civil war. This research is also based on a study of the socio-political and cultural context that has contributed to make Beirut a creative city, despite a frequently troubled past.

With the aim of capturing the dynamic lines that have enabled design to develop in Lebanon, the exhibition Beirut. The Times of Design, coproduced with CID in Grand-Hornu, Belgium, is structured in three parts. The first, on the beginnings of the discipline in Lebanon between the 1950s and 1970s, the second from the 2000s until today, and the third, dedicated to the Minjara project and its philosophy. These three different perspectives offer a look at a city and a country in constant change, of which design is today a privileged witness.

The opening will take place on thursday 16th march at 6pm.

A publication, the first reference book dedicated to Lebanese design, has been published by Kaph Books. It is made up of different sections dedicated to the history of design in Beirut, the emergence of contemporary design and the Minjara solidarity and creative project. 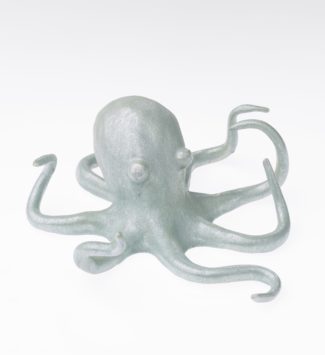