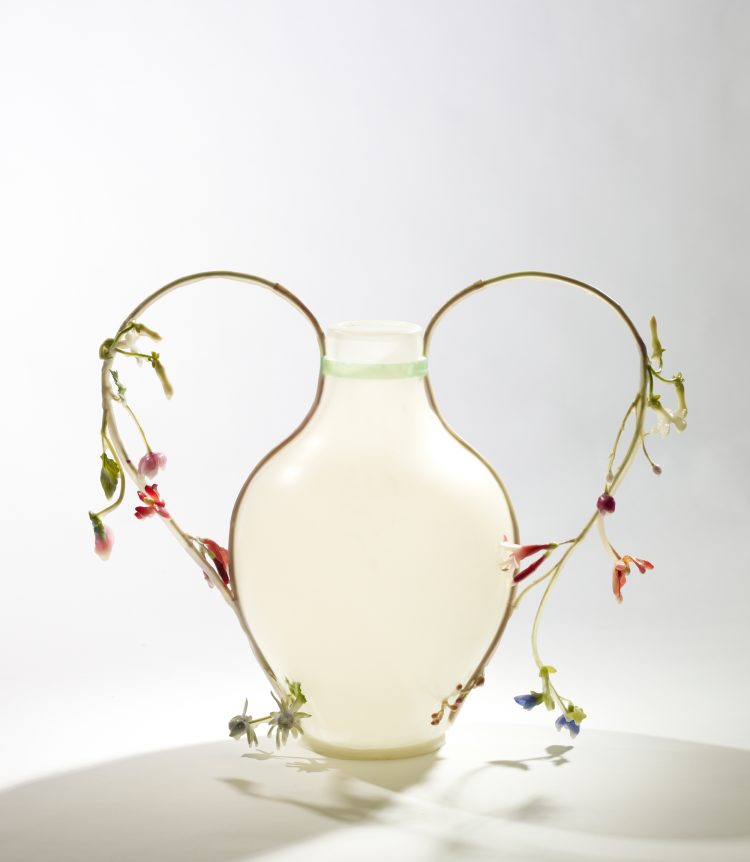 Active in the field of furniture and industrial design, Dutch studio Wieki Somers offers a singular and spellbinding re-interpretation of the world and its traditions. The work shows particular sensitivity for materials and distinguishes itself by its ingenuity and whimsical nature. The artists transform everyday objects into an aesthetic and emotional experience.

Frozen in Time was inspired by a natural phenomenon, a freezing episode that took place on 1 March 1987. A deluge of freezing rain and the sudden freezing cold spell that followed in the north of the Netherlands petrified the country, creating magical settings. Wieki Somers received a photo album illustrating this meteorological oddity where everything looked like a giant still life: life had been immobilised and a layer of ice connected each element to another. The objects seemed to be frozen for eternity.

To translate this experience, as if time had stopped, the designer chose a material based on photosensitive resin resembling a kind of resistant ice. Soaked in this resin before being placed in the sun for a few minutes, the different elements harden and then “melt” together to create this poetic vase.