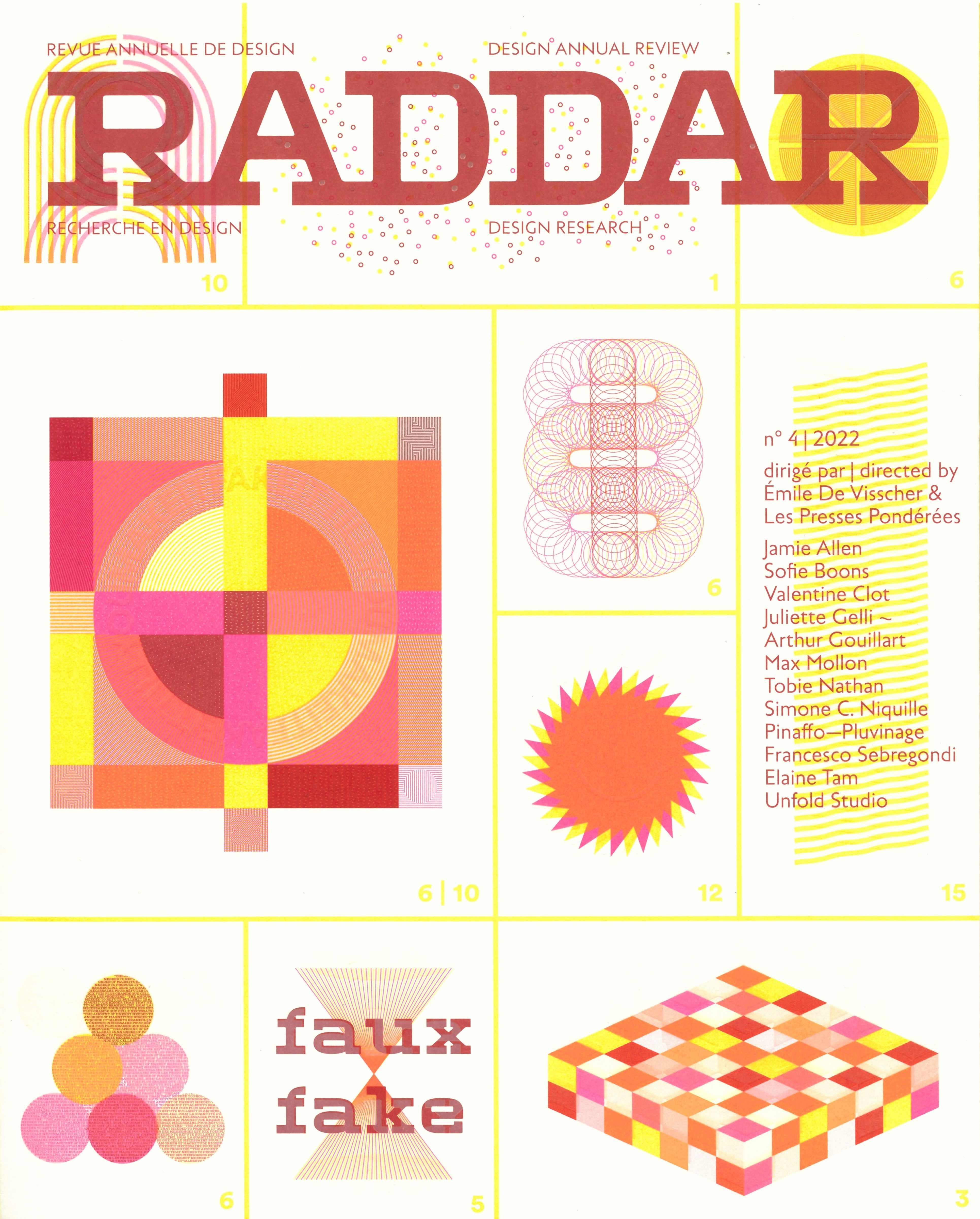 Design has long played with notions or variations of fake. All the articles in this issue of RADDAR N°4 are written by designers or designer-researchers for whom the notion of fake had to be re-invoked, because the increasingly ambiguous link of our societies with fake (deceptive technique, reconstructions, post-truths, alternative, facts, fact-checking) necessarily reposition their practices in new relationships with the tools, with certain projects or with the observation of the society in which they act.

The past three issues of RADDAR were largely devoted to contributions from historians, anthropologists, philosophers and design theoreticians. This issue, number 4, is exclusively composed of original texts written by designers, in which they discuss their ongoing research, their investigations and their experience.

The scientific direction of this fourth issue of RADDAR has been entrusted to Emile De Visscher (Humboldt University Berlin), in collaboration with Les Presses Pondérées.

Graphic design by Rebecca Metzger et Pauline Piguet, based on a model by Julien Mercier. 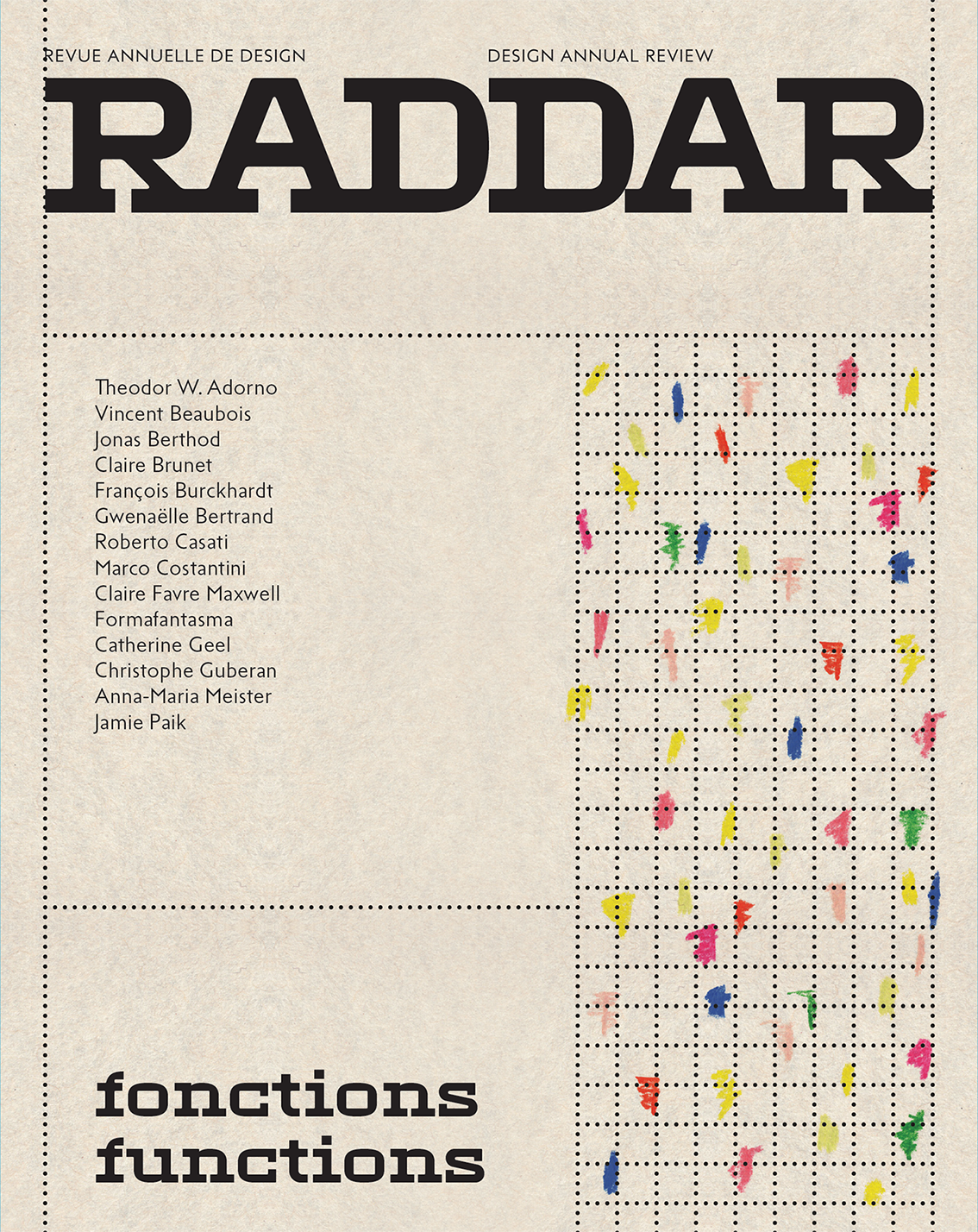 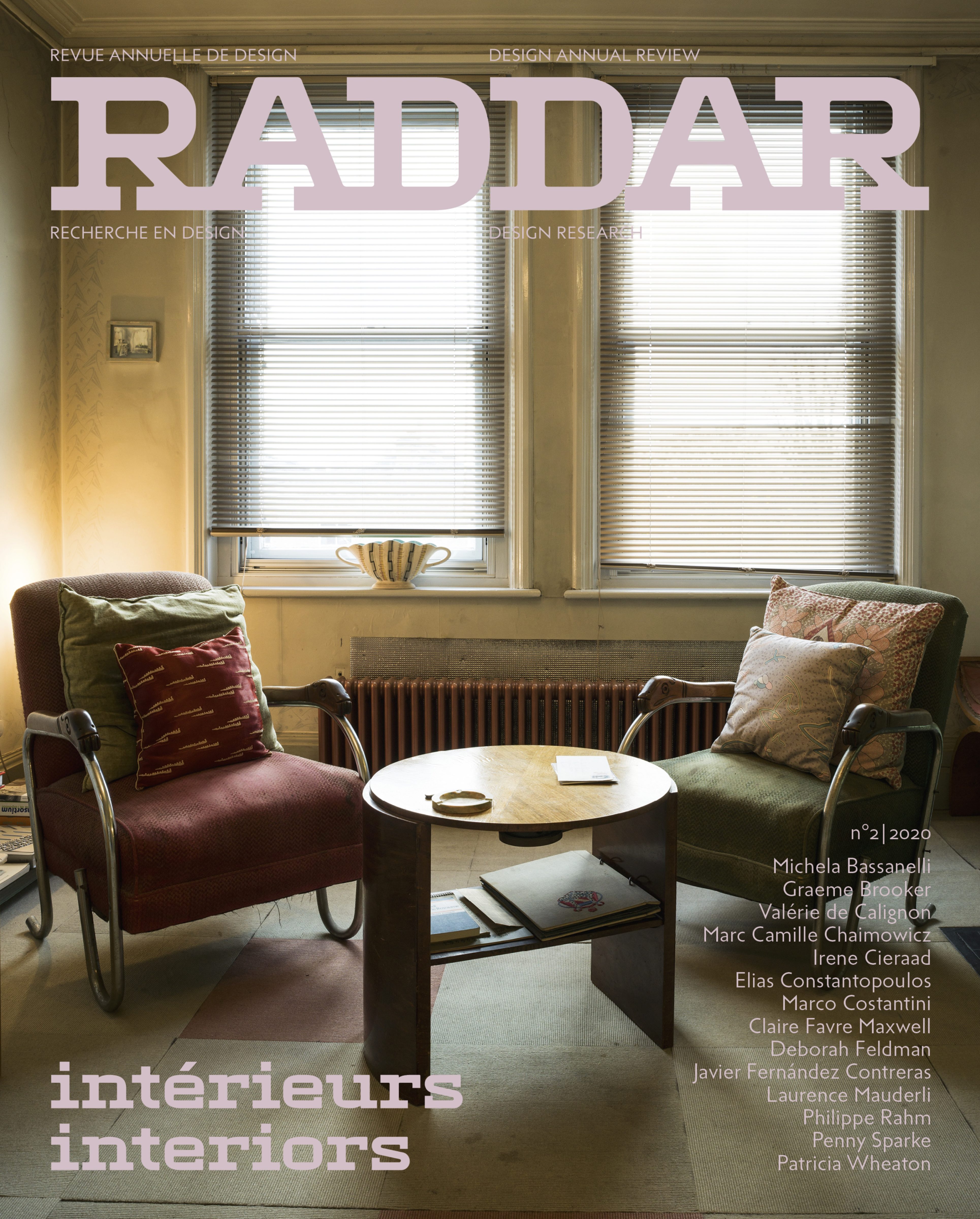 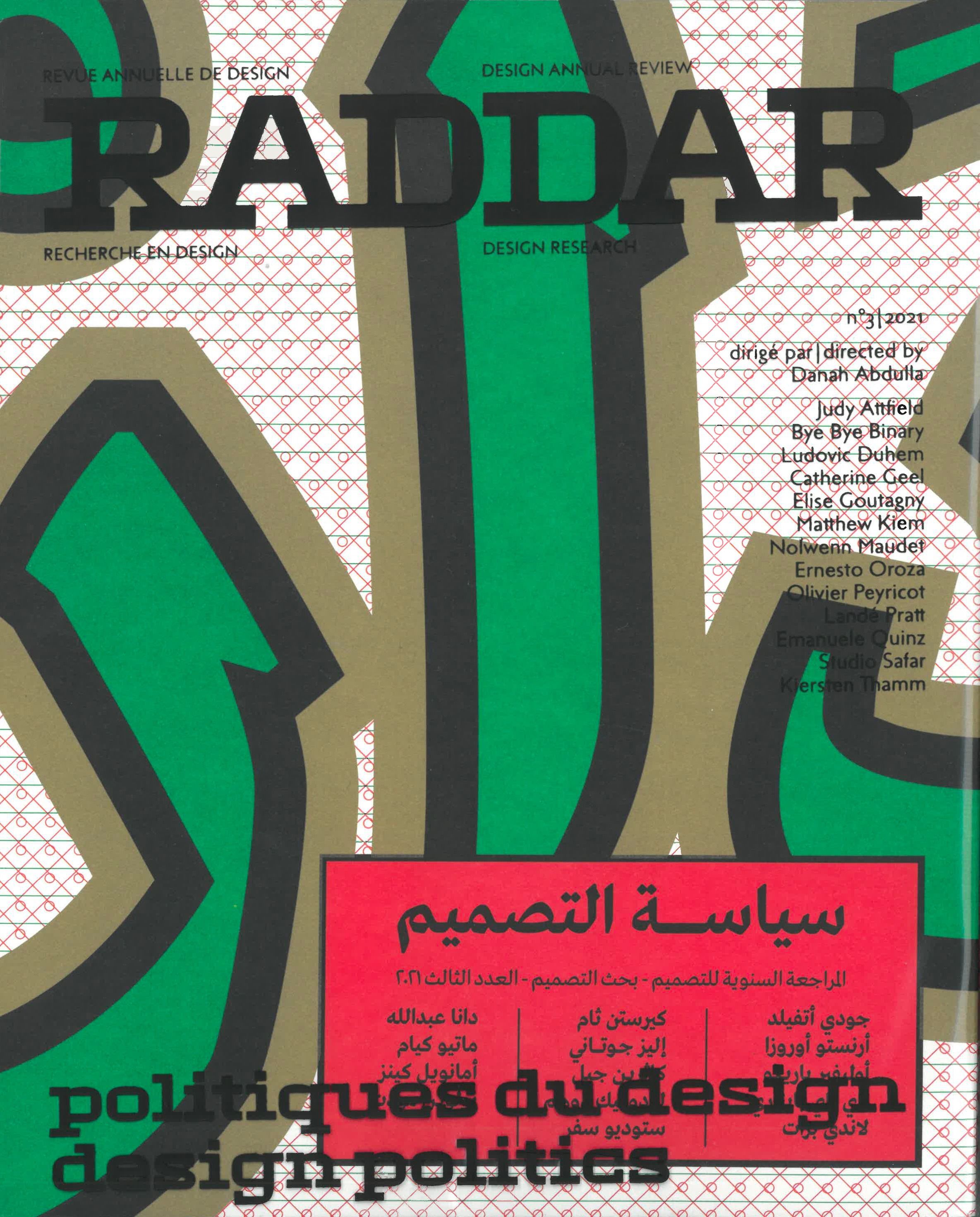